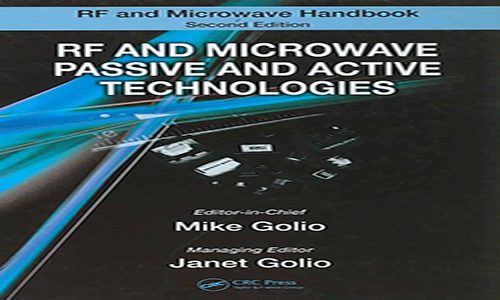 The first edition of the RF and Microwave Handbook was published in 2000. The project got off to an inauspicious start when 24 inches of snow fell in Denver the evening before the advisory board planned to hold their kick-off meeting. Two members of the board were trapped for days in the  Denver airport since planes were not arriving or leaving. Because of road closures, one member was stranded only miles away from the meeting in  Boulder. And the remainder of the board was stranded in a Denver hotel 10 miles from the airport. Despite this ominous beginning, a plan was  formed, expert authors recruited, and the book was developed and published. The planning and development of this second edition have been very smooth and uneventful in comparison to our first efforts. Since publication in 2000, the value of the RF and Microwave Handbook has been  recognized by thousands of engineers throughout the world. Three derivative handbooks have also been published and embraced by the microwave industry. The advisory board believes that this edition will be found to be of even greater value than the first edition.

This edition of the handbook covers issues of interest to engineers involved in RF/microwave system and component development. The second  edition includes significantly expanded topic coverage as well as updated or new articles for most of the topics included in the first edition. The  expansion of material has prompted the division of the handbook into three independent volumes of material. The chapters are aimed at working  engineers, managers, and academics who have a need to understand microwave topics outside their area of expertise. Although the book is not  written as a textbook, researchers and students will find it useful. Most of the chapters provide extensive references so that they will not only  explain fundamentals of each field, but also serve as a starting point for further in-depth research.

This book, RF Microwave Passive and Active Technologies, provides detailed information about a wide range of component technologies used in  modern RF and microwave systems. Passive technologies required to realize RF or microwave functionality are often unique to the high frequency  world. SAW filters, dielectric resonators, MEMS, and waveguides do not have counterparts in the low frequency or digital environment. Even when  conventional lumped components can be used in high frequency applications, their behavior does not resemble that observed at lower frequencies.  These issues are discussed in individual chapters. Unique microwave packaging and antenna considerations are also explored.